The Power Of Feng Shui: Harness The Energy Around You For Success, Wellness & Abundance

Transform Your Career, Relationships, Health, and Personal Growth With This Powerful 4,000-Year-Old Practice

Discover The Easy Way To Harness The Science Of Feng Shui, Accelerate Your Manifesting Power, And Attract Greater Success, Prosperity, Love & Wellness Into Your Life

The Feng Shui for Life program is a personalized plan to come unstuck in any aspect of your life and make abundance, love and wellbeing flow to you.

Chinese philosophy suggests that everything we ‘manifest’ in life is ⅓ the power of your mind, ⅓ destiny...and ⅓ Feng Shui.

Traditional Western Spirituality tends to ignore the ⅓ that is Feng Shui, the energy of your surroundings. This program fills this gap. If you’ve felt stuck at any aspect of your life - this program is for you.

The energy of the spaces you surround yourself with can affect your physical, mental, and emotional wellbeing.

This program helps you discover a way to harness the Feng Shui, accelerate your manifesting power, and attract greater success, prosperity, love & wellness into your life.

If you’re like most students of personal growth, you know how important it is to harness your mind in creating your best life.

And if you’re one of those who looks deeper, perhaps you may have also explored subjects beyond your mind - such as your destiny and your soul purpose. But somehow, it might feel as if there’s something else blocking your ascension and progress through life.

According to ancient Eastern science, there is a third aspect to optimal manifestation and self-mastery that shapes an entire one-third of your living experience: and that is harnessing the energy of the physical spaces around you.

Billionaires, thought leaders, and captains of industry use Feng Shui. Architects and city planners in prosperous nations like Hong Kong, Singapore, and Taiwan use Feng Shui.

This concept is still relatively untapped in the West - yet to this day it has been used for over 4,000 years by some of history’s most successful individuals and nations.

Scientific and social evidence have made it clear.

Feng Shui is a critical source for success.

And for the first time ever, you can harness that energy in Mindvalley’s first Feng Shui training program with one of the world’s most acclaimed experts, Marie Diamond.

2.Connecting To The Universe

The Solution to Upgrade Your Living Experience for Success

The energy of your living and working spaces shape your life in surprising ways – but until you consciously direct that flow of energy to your advantage, you may often find yourself stuck or falling short, even if you already practice other forms of personal growth. In the Feng Shui for Life program, you’ll join Marie Diamond, one of the world’s most sought-after Feng Shui masters, as she reveals simple, practical, and affordable steps for harnessing the positive energy from around you. In just 8 weeks, you’ll begin experiencing profound elevations in your abundance, wellbeing, relationships, and happiness, as you finally begin mastering this essential element to optimal living.

How The Feng Shui For Life Program Upgrades Your Life:

Our promise is to give you the very best training in the world so choosing the right trainer is essential. Our trainers are recognised as the best in their field and fluent in methods of human transformation. This means you learn in a scientific, structured way that delivers true results. We focus on actually transforming you and not just imparting facts and knowledge. Our trainers shape your mindset, beliefs and habits in a way where change is guaranteed at the end of the program.

Marie Diamond on Harmony in Your Space

From A-list artists like The Rolling Stones and Steven Spielberg, to legendary teachers like Jack Canfield, John Gray, and Marianne Williamson - when some of the world’s most extraordinary people need Feng Shui advice, they pick up the phone and call Marie Diamond.

Marie is one of the Western world’s most in-demand Feng Shui masters - celebrated for her uncanny ability to deconstruct ancient energetic methodologies into simple (and often intimately personalized) adjustments anyone can make to instantly channel positive energy into their living spaces and lives.

Today, Marie is an international bestselling author, speaker, and consultant not only in Feng Shui - but also Karmic Healing, Manifesting, and other branches of ancient wisdom. She was also featured on the hit film “The Secret” which went on to become the best-selling DVD in history.

The Feng Shui for Life program is a wonderfully accessible way to learn Marie’s unique approach to this 4,000-year-old science - without getting on a 12-month waiting list, or investing the five and six-figure sums all her high-end clients gladly pay.

The 8-week journey you’ll embark on with Marie is the next best thing to hiring her as your personal consultant. She’ll coach you on the basics of Feng Shui in a clear and enjoyable manner.

Marie is the Feng Shui advisor to many of the world’s top performers—From Hollywood A-listers to CEOs of multinational corporations.

Marie is the Feng Shui advisor to many of the world’s top performers—From Hollywood A-listers to CEOs of multinational corporations.

I’ll be honest: I paid little attention to Feng Shui in the past. Unlike meditation or visualization, I assumed it was an unscientific practice – until I met Marie Diamond back in early 2016.

Apart from being a Feng Shui consultant to some of the world’s most successful people, Marie came highly recommended by many of my close friends. And when I started taking her advice, I noticed surprising improvements in my business, my relationships, even my health.

When you look closely, you’ll see many of the practices we use in the field of personal growth originated from ancient Eastern methodologies. Like yoga. Meditation. Acupuncture. In recent years, modern Western science has found an increasing body of evidence that validates many of these practices.

As for Feng Shui, most of us can agree there are energetic points and currents flowing in our bodies. Treatments like acupuncture, for example, are now recommended by more and more doctors and covered by some insurance companies. Feng Shui suggests that this ‘energy’ is influenced by our spaces. I approached it with caution – but quickly experienced a series of synchronicities happening just as I began readjusting my living spaces based on Marie’s advice.

I now actively apply Feng Shui in the orientation of my office and homes. I can’t explain it scientifically – but the results show me something extraordinary is indeed happening. For example, one business I owned had been losing money for 7 months straight. After a simple Feng Shui readjustment from Marie, the business took off in 8 months, and made enough to cover the previous 7 months of losses. Two years later, the business is still thriving more than ever – and the office is still in the orientation Marie suggested.

Today, I even seek Marie’s advice when designing my homes or apartments. I’m a believer because the results have impressed me.

Pic top right: Marie Diamond working with energy in the room during A-Fest. Bottom Right: Rapper Big Sean has publicly spoken about Marie’s impact on his life. In this picture, Big Sean and his crew came to watch Marie live at Mindvalley Los Angeles 2019.

The Transformation You Will Experience

Embark on an 8-week adventure with Marie Diamond to discover simple, fun, and practical ways to apply the fascinating science of Feng Shui in every area of your life.

Your short lessons focus on a unique aspect of your life through a series of easy-to-follow video tutorials filmed in real homes, exercises and meditations to lock in your learnings, and pre-recorded Q&A sessions, all guided by Marie herself.

It’s an intimate experience designed to closely simulate having her as your personal Feng Shui coach.

By the end of the program, you’ll have transformed all your living and working spaces to flourish in alignment with both universal Feng Shui principles, and your own Personal Energy Number.

Your Home As A 3-Dimensional Vision Board

Bonus Included When You Join Today

Your Personal Energy Number & The Law Of Attraction

Discover how to harness your Personal Energy Number to boost your manifesting power, make better decisions, and attract your desired outcomes with greater speed and ease.

Did you know that timing can also play an important role in Feng Shui? In this handy PDF guide you’ll learn how to optimize your abundance, success, relationships, and health by tapping into the unique characteristics of each year.

How The Learning Platform Works

Learn Anywhere In One Beautiful App

All your programs are available on one platform and you can access your Quests on your Smartphone, TV or Desktop

This is fast becoming the most advanced learning platform in the world.

Design matters. Our programs are created by world-class authors, film-makers and learning experts to deliver the best results for you.

Using our unique Quest methodology, our programs are designed to be as addictive and fun as computer games. This means when you invest in Mindvalley program you’re more likely to see results.

Too busy? Just set aside 20 mins a day. In a few weeks, you will feel and see remarkable growth.

Hundreds to Thousands of students take classes together and engage in supportive communities. You’re never alone. And you might even meet a close friend or two. 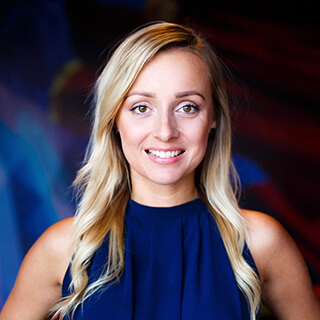 Remember you don’t have to say YES right now. You only have to say MAYBE. Go through the materials for 15 days risk-free from day of purchase. You can decide whether to keep the program. If you’re not over-the-moon with your results, simply give yourself a quick refund at mindvalley.com/refund. Join now to test drive the program today.

Join once, own it for life and repeat as often as you want.

We upgrade our program every year. All upgrades are free.

You can join today for a special discount over regular pricing.

Email our representatives for Schools at schools@mindvalley.com

Email our representatives for Business at betterteams@mindvalley.com

What Happens After You Order

Click Join The Program above and you’ll be taken to a Secure Order Page.

Complete your Order and check your email for your login instructions.

Download the Mindvalley App on App Store or Google Play to get started.

Isn’t it expensive to rearrange my whole home and workspace?

What effect will Feng Shui have on me, and why does it shape one third of my living experience?

Is Feng Shui a legitimate science? How can we be sure that it’s real?

Feng Shui seems complicated, and I’m busy - will I have the time for this?

Can I still apply Feng Shui if I live in an RV/outdoors/unconventional living space?

What programs are included in the Mindvalley Quest All Access?

How is Mindvalley Quest All Access better than just enrolling in Quests separately?