We Are Intensely Committed To

Helping You Live Your Most Authentic Life 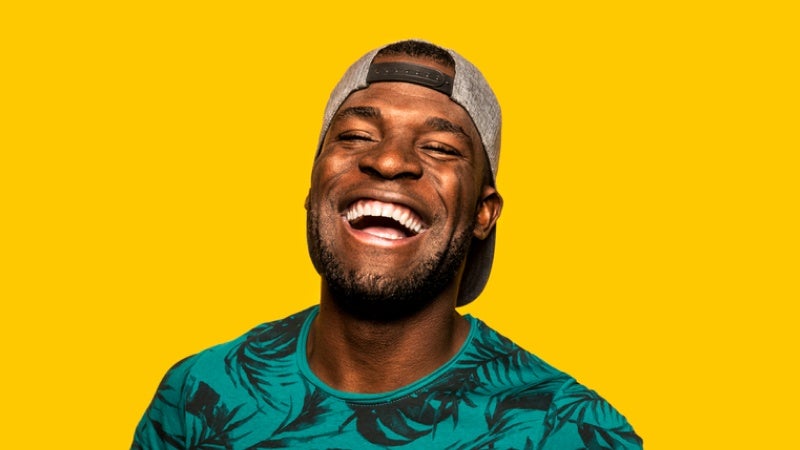 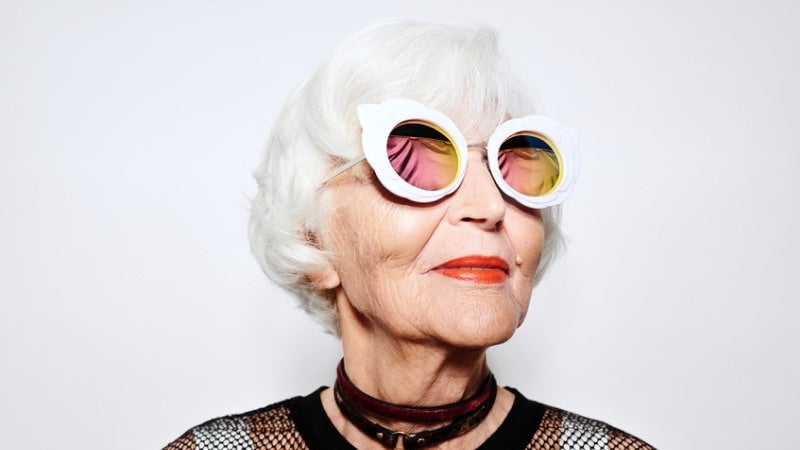 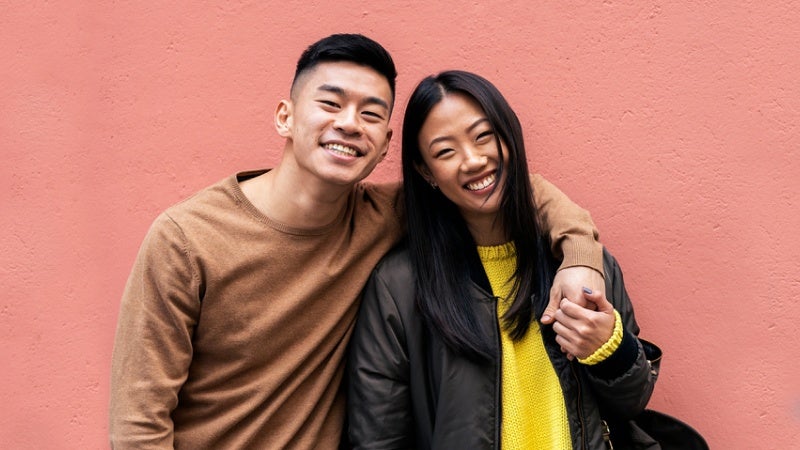 Why does Lifebook exist? Because you were born with a tremendous superpower:

The power to create yourself in the image of your own values.

And then there’s the mortal enemy to that superpower…

The disempowering idea that the answers to everything you’ve ever wanted in life - and to your greatest purpose and destiny - are in someone else’s hands.

Culture. Traditions. Expectations. Norms. Everything and everyone around you that tries to dictate what your success and your life should look like.

Too many people follow along without question - and find themselves, decades later, stuck in a life they never truly wanted.

Lifebook is for the ones who choose to break free.

On a planet of 7+ billion people, there are 7+ billion valid visions of what authentic joy, success, and fulfillment truly mean.

Our mission is to help you find and achieve yours.

Who Were You Before

The World Told You Who To Be?

Do you know what success, fulfillment and happiness really mean to you? Are you conscious of what you want, beyond what you’ve been told you should want?

If you don’t discover your heart and soul’s calling, you’ll quickly find other people’s ideas of success stepping in to fill the void.

And you might not even realize it until decades later, by the time you’ve spent most of your life chasing dreams that never really belonged to you.

The time to take charge of your life is now.

It takes vision to see what your best life really looks like. It takes courage to choose that life. And it takes grit and a strategic mind to make that life your reality.

You already have all these strengths inside you - right now. Lifebook is the process you use to reconnect with them, and become the person you truly want to be.

Discover Who You Are

Will Set You Free

When you answer the call of your most authentic life, you’re fulfilling your highest purpose as a human being.

In this state, you’re no longer dimming your light just to fit in. You show up and speak up fearlessly. You’re achieving, growing, and making an impact on your terms.

And you crackle with personal power, and a respectful disregard of other people’s opinions about how to live your life.

This is what we see in the 40,000+ Lifebookers around the world: people from all walks of life, each with their own dreams and aspirations. People who are choosing their best lives every day.

People whose very existence prove that it’s never too late, and that nothing is ever impossible.

Lifebook is a lifestyle design system that empowers you to envision, plan, and achieve your best life.

Through an intuitive step-by-step process, you’ll discover what you really want in all 12 dimensions of your life - and design a personal game plan to make it happen.

Lifebook gives you a fascinating insight into the core of who you really are, how you show up in the world, and how you perceive reality.

You’ll even explore the vital and often surprising interplays between each dimension of your life. For instance, if you’re facing a financial challenge, you might sometimes find that the solution lies not in focusing directly on money or your career, but on your intellectual life, or even your relationships.

By the end of the process, you’ll have all the clarity, tools, and momentum you need to become the person you really want to be. And turn your life into a living masterpiece. 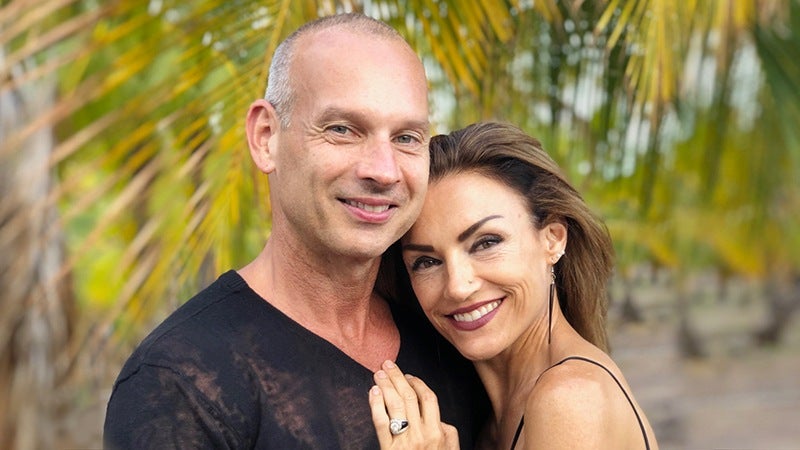 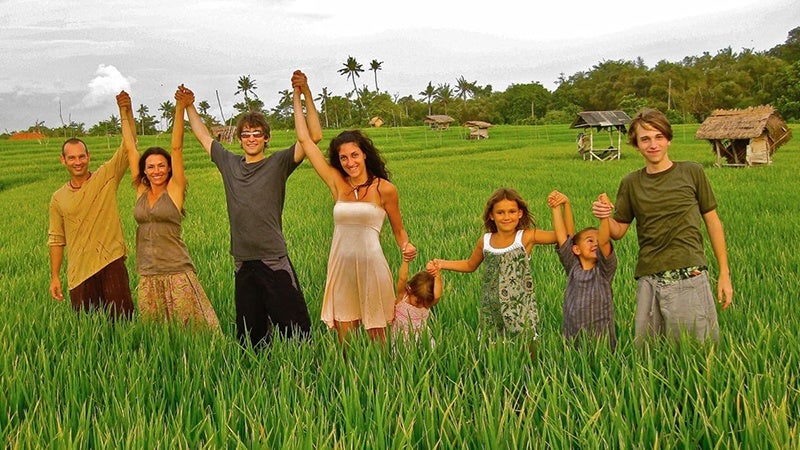 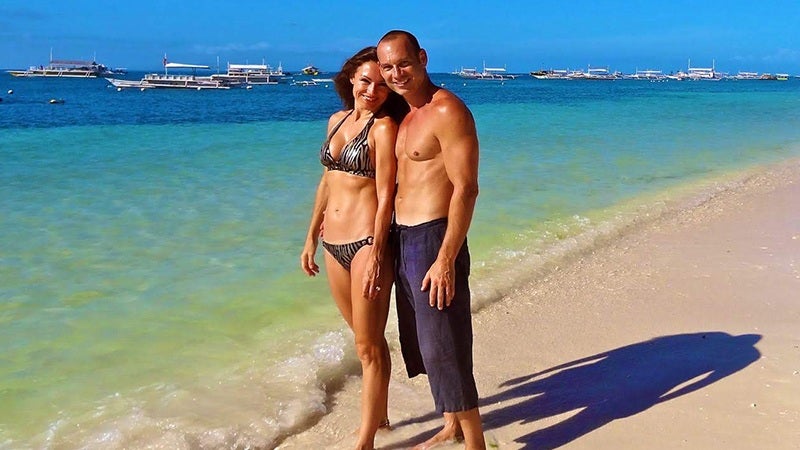 Jon and Missy Butcher created a life most people might call impossible. They have founded 19 impact-driven companies and philanthropic organizations together. They are financially free. They enjoy a whirlwind romance, even after decades of marriage. They live in multiple countries a year, including the dream home they are building on a remote Hawaiian island. And they’re grandparents in their fifties - who look and feel a decade or two younger.

Every single aspect of Jon and Missy’s life appears to defy society’s expectations: not because they’re smarter, more gifted, or luckier than anyone else - but because they designed it that way.

Yet years ago, their life was very different. Jon and Missy used to be overworked entrepreneurs: struggling to balance their careers with their health, relationships, and sanity.

Their breaking point happened one day, just before a big client meeting - when Jon experienced a severe anxiety attack that incapacitated him and left him housebound for few years.

This event spurred Jon and Missy to explore a more conscious and holistic approach to their lives. Jon immersed himself in countless personal growth programs, books, and events - organizing his learnings and insights into a notebook that he carried everywhere.

Jon’s notebook quickly evolved from an anxiety remedy, into a deeply personal game plan that kept him aligned with his purpose, what he really wanted, and the life he wanted to live.

It was at this point that Jon and Missy developed a respectful disregard for many of the things society, gurus, teachers, and preachers had told them. Through Jon’s notebook - at this point a finely tuned lifestyle design system - they began re-examining their lives, and discarding all the beliefs and ideas that didn’t serve them: like the idea that they had to grow weak as they aged. That the spark would die off in their relationship. That they needed to overwork themselves to be successful. Or that they had to sacrifice one thing in order to gain another. 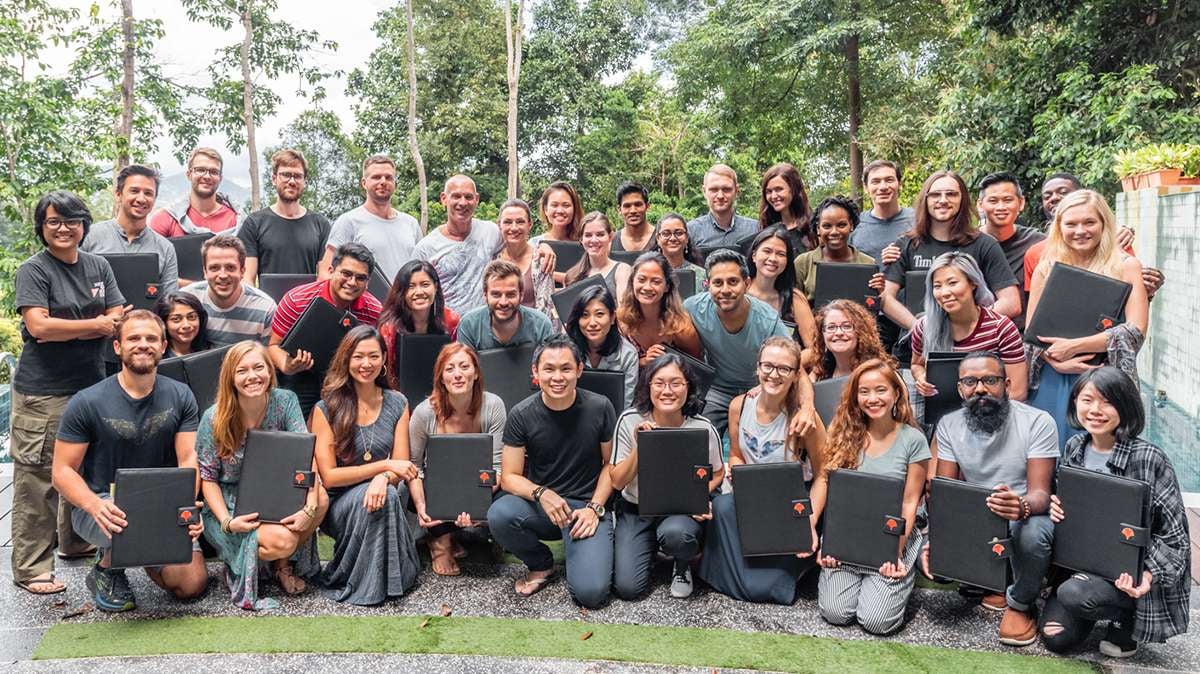 As Jon and Missy’s life transformed dramatically, their friends and family started asking them for their secret. And so Lifebook was born: first as a series of private retreats, and ultimately as a methodology that anyone can now harness to envision, plan, and achieve their greatest lives.

Today, Jon and Missy’s mission is to spread Lifebook to at least one million people worldwide. And to keep reaching for the highest possible quality of life, while empowering others to do the same. 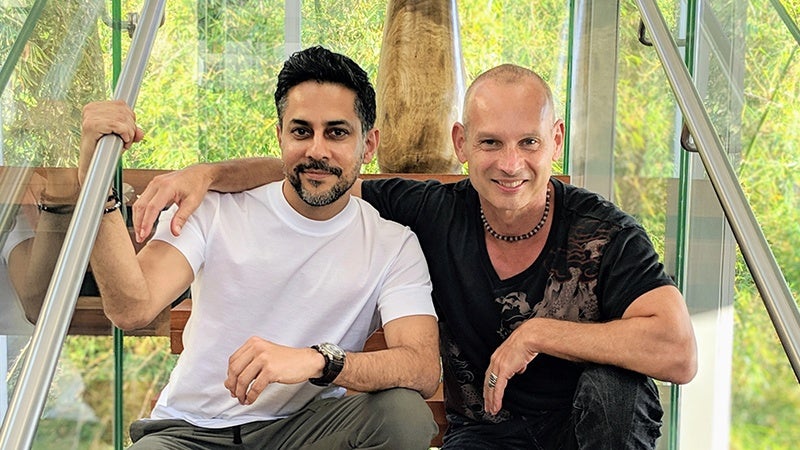 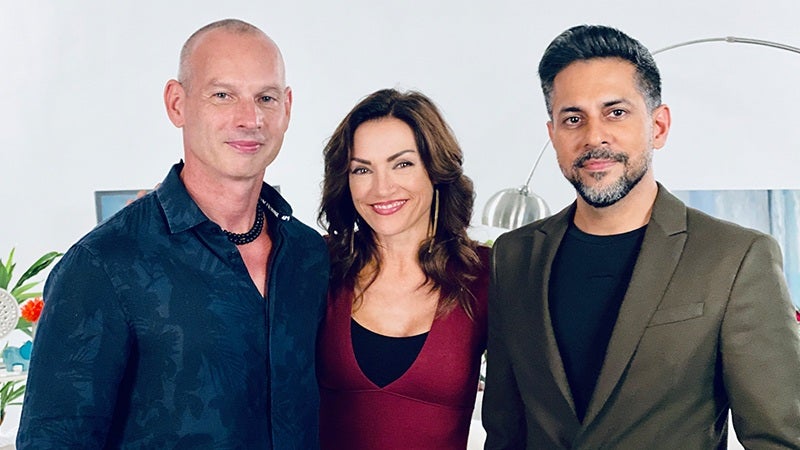 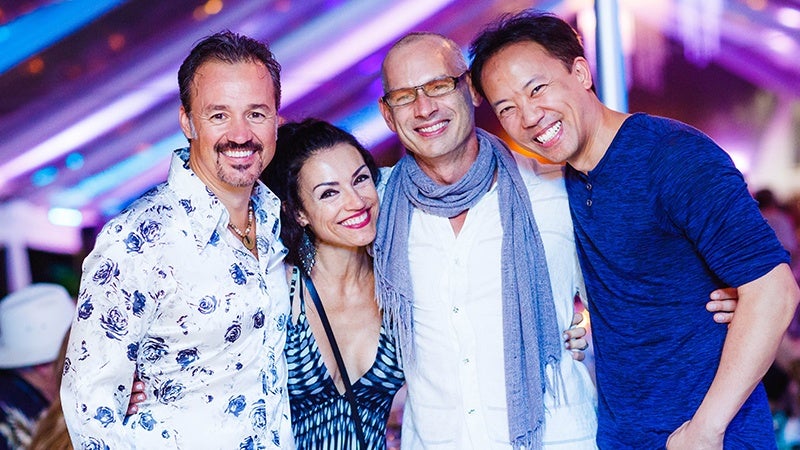 Mindvalley’s partnership with Lifebook began with a gruelling 25-hour flight back in 2009.

Thanks to a friend’s glowing recommendation, Mindvalley founder Vishen Lakhiani traveled from Kuala Lumpur to Chicago to attend a Lifebook retreat - or as his friend called it, “the event that transformed my life”.

Vishen emerged from that retreat with his very own Lifebook: and a total shift in his vision of who he wanted to be, what he wanted to experience, and how he was going to make it happen.

Over the next few years, Vishen’s life began to change drastically.

Riffing off a spontaneous idea, he launched A-Fest: a personal transformation festival that quickly became one of the most coveted in the world.

A-Fest empowered Vishen to quickly realize many of his personal goals: including traveling across the globe, speaking on the world’s biggest stages, and surrounding himself with inspiring people.

All these goals were exactly what Vishen had spelled out in his Lifebook.

Not long after, Mindvalley - which at the time was primarily a publishing company - began to unravel when Vishen and his business partner decided to part ways.

But then, instead of shutting the company down, Vishen chose to rebuild Mindvalley into what he had always envisioned it to be: a global movement on a mission to evolve the education industry.

This, once again, was the exact vision Vishen had laid out in his Lifebook.

Today, Lifebook has become an integral part of the Mindvalley ecosystem.

To our students, it’s the single most popular program we’ve ever published.

And to our team members, it’s a rite of passage. In fact just like Vishen did all those years ago, every new team member spends 4 days at a mountain retreat creating their very own Lifebook.

We believe in the power of Lifebook. And we’re proud to play our part in empowering even more people with this remarkable lifestyle design system. 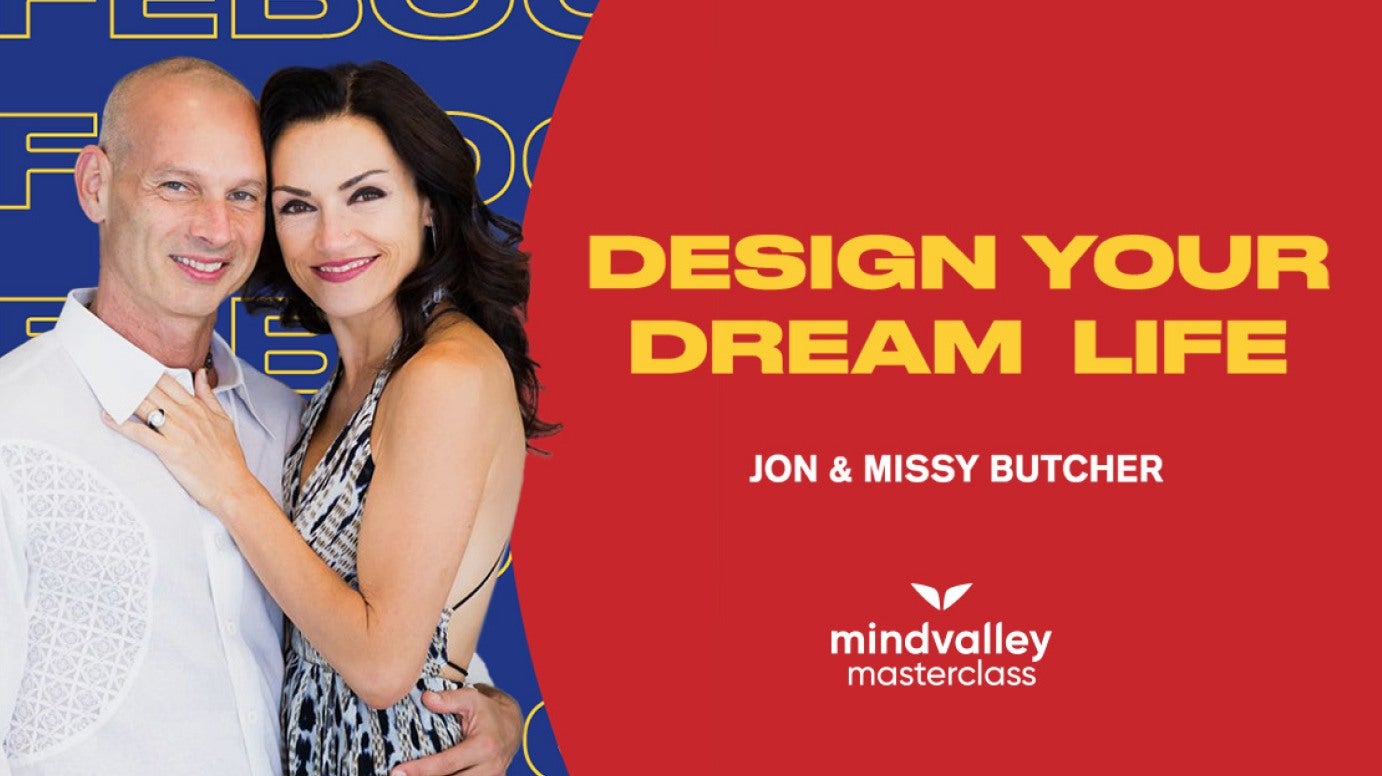 Ready to start designing your best life? Join Lifebook founders Jon and Missy Butcher in this FREE Masterclass as they guide you through the Lifebook process, and a selection of their most impactful discoveries in lifestyle design.