Join Vishen in a seven-hour transformative event to supercharge your mind, manifest your goals, and gain the tools and practices for making magic in your life

Supercharge your mind, manifest your goals, and bring magic into your life

Vishen Live in L.A. is a transformational one-day event designed to elevate your mind, your self-mastery, and your life to the next level.

And you’ll join a special panel of guest teachers as you gain new tools for personal transformation, and explore what’s next in the fields of altered states and human potential. 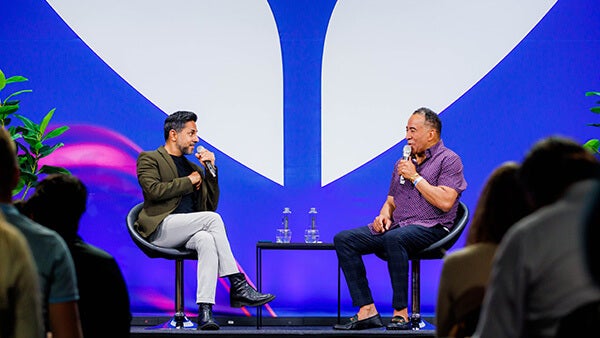 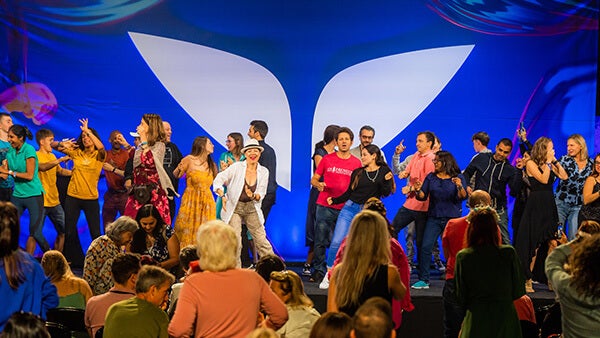 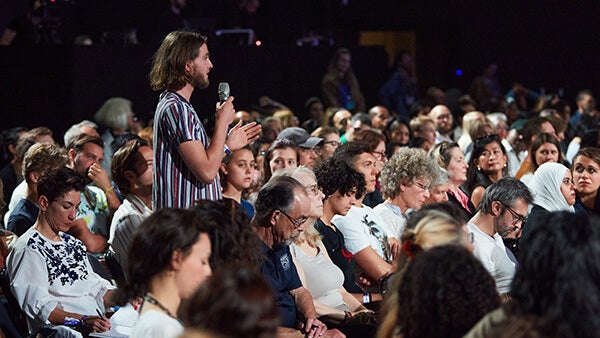 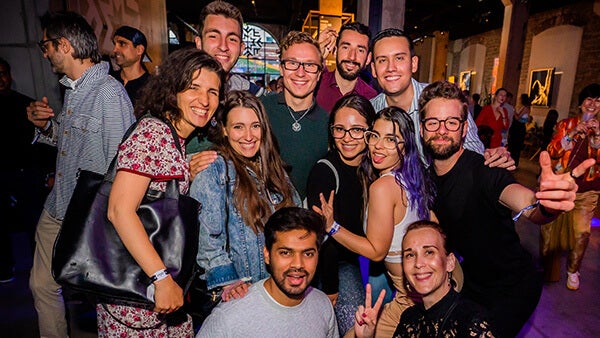 Vishen Lakhiani is one of today’s most significant education reformers. As the founder of Mindvalley, he and his team serve over 20 million people globally through an evolving ecosystem of the world’s foremost transformational programs, events, and technologies.

Voted as one of Watkins' 100 Most Spiritually Influential People of 2022, Vishen has been featured on Forbes, BBC, Google HQ, and USA Today, and is the New York Times Bestselling author of The Buddha and the Badass and The Code of the Extraordinary Mind.

His upcoming book, The 6 Phase Meditation Method, teaches his revolutionary approach to meditation for peak performance in modern life. The method has taken the world by storm and is now used by Grammy award-winning artists, CEOs, and professional athletes in every major US sporting league.   His previous books have made the Amazon Kindle #1 Book in the World ranking, The New York Times, and Wall Street Journal Lists for Business and Personal Growth. 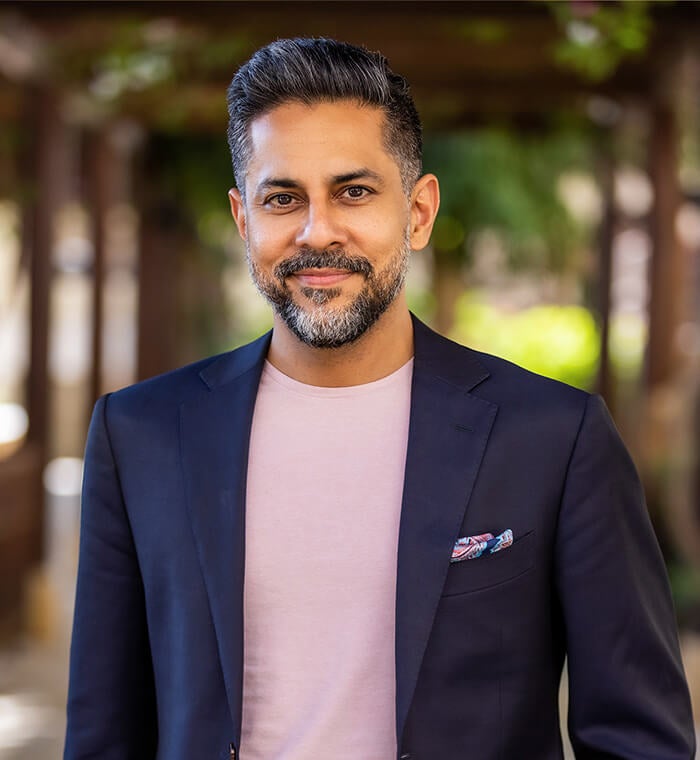 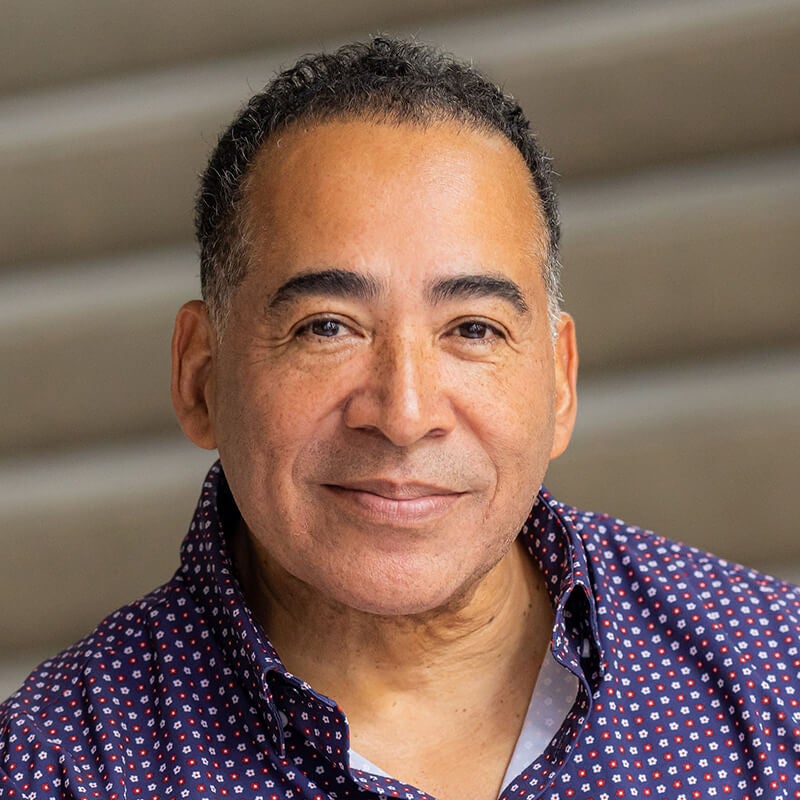 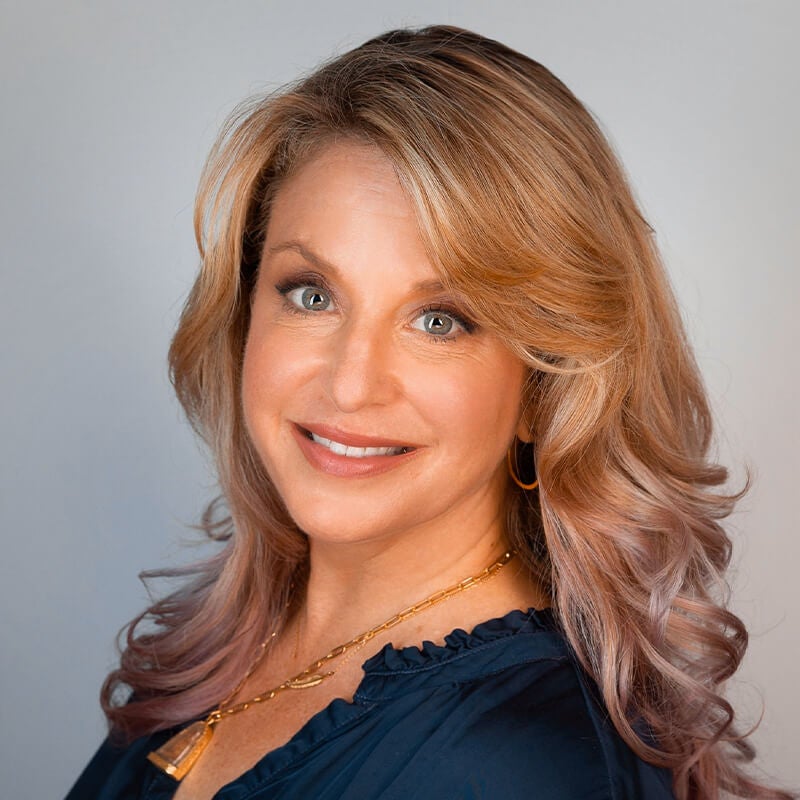 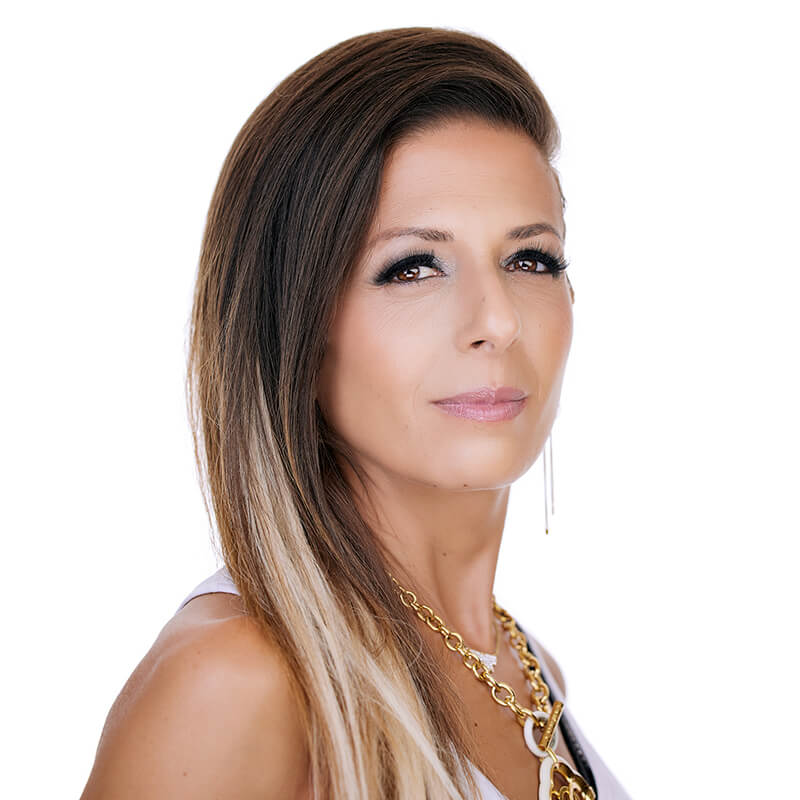 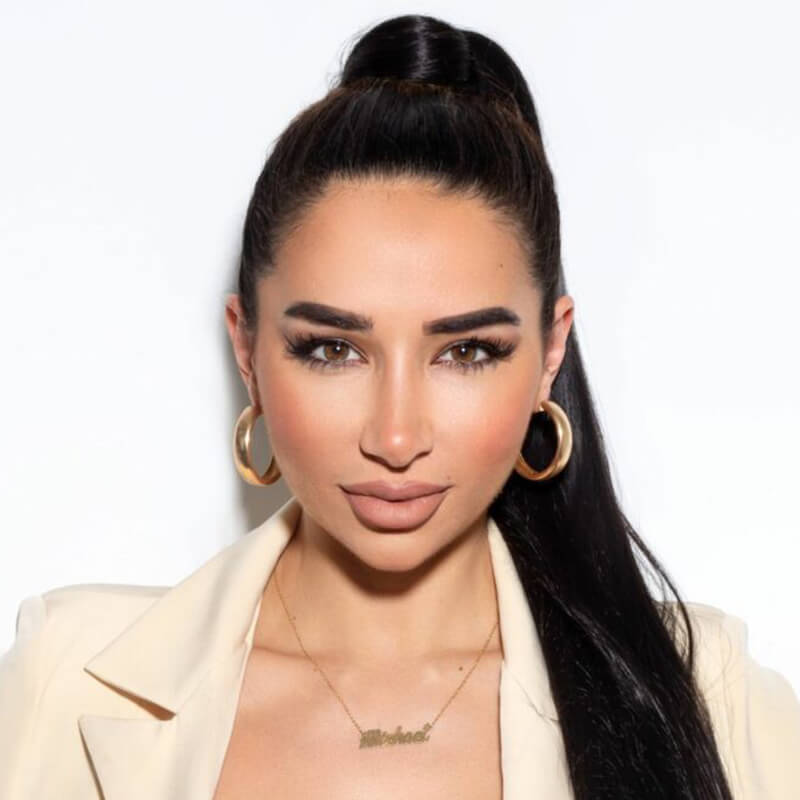 What to expect at Vishen Live in L.A.

A one-day event featuring a selection of Vishen’s signature methodologies for peak meditation and goal setting, plus special workshops with curated guest teachers 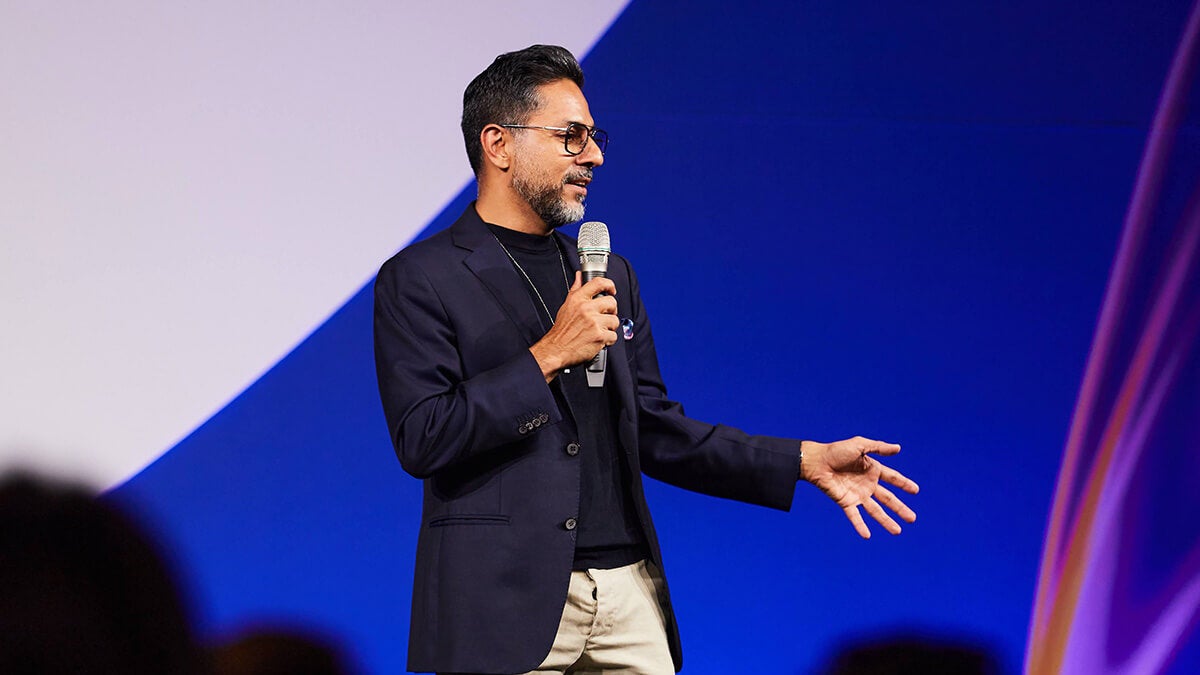 Develop your daily, weekly and monthly practices for transforming your life

Vishen will equip you with the Mindvalley curriculum’s most powerful transformative practices to apply in each epoch of your life. As you use and master these techniques, you’ll notice your daily moments becoming filled with more magic and wonder. Those amazing days will then turn into amazing weeks, months, years: and ultimately the best version of your life. 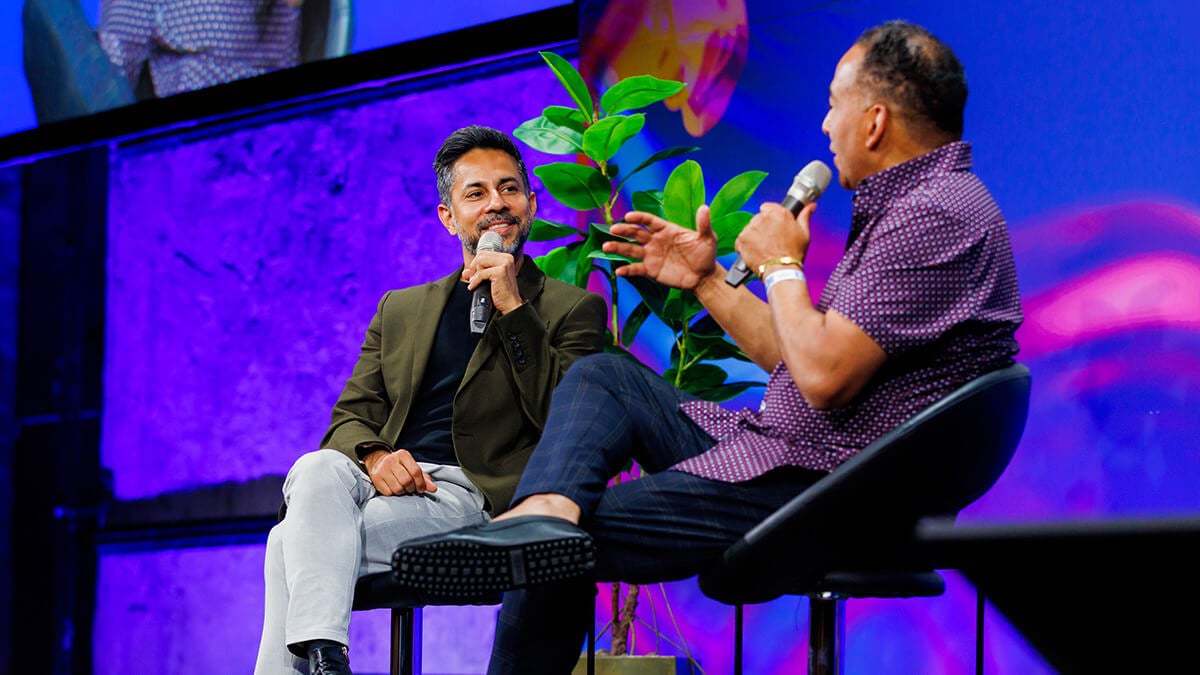 Get crystal clear on your goals

You’ll learn new methodologies for becoming crystal clear on the life you want to create. These come from a selection of Mindvalley’s bestselling programs, in addition to Vishen’s personal experience in goal achievement. You’ll discover how to separate authentic and worthwhile goals from the ones implanted in you by external sources: and how to dive deep into each nudging of your soul to create absolute clarity - which in turn leads to your life’s most powerful shifts and manifestations. 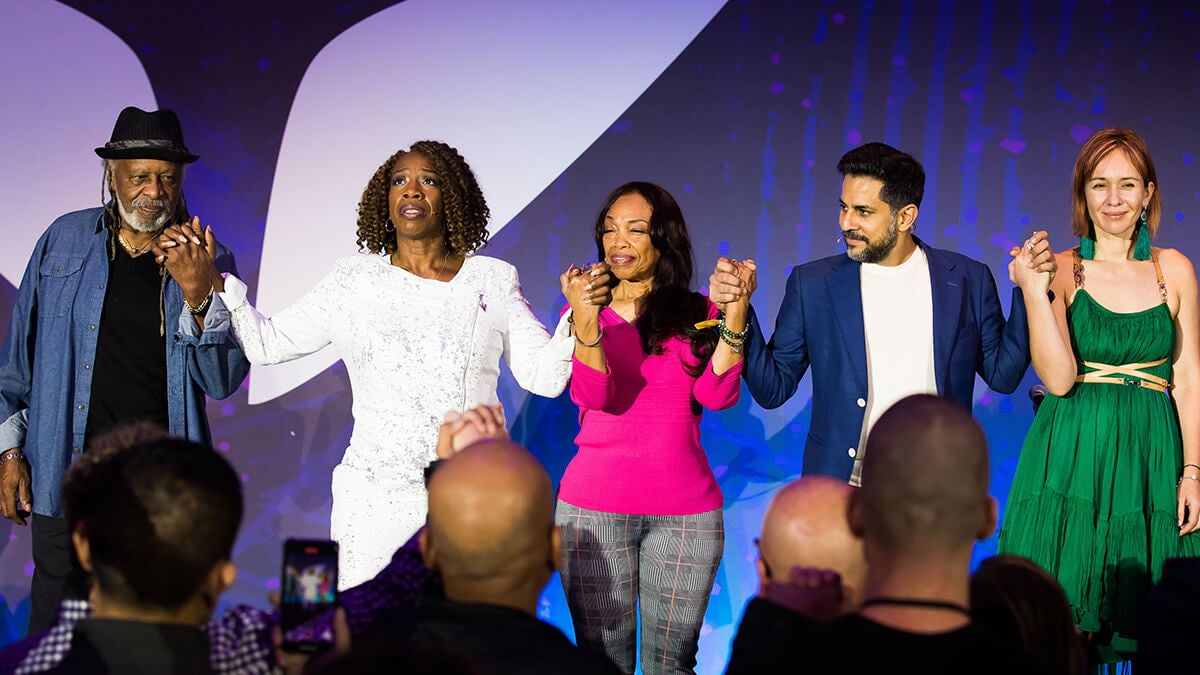 Once you gain that crystal clarity, you’ll get advanced manifesting techniques like the Merging Protocol that rush your wildest dreams into reality. Vishen will guide you in mastering these techniques not just from a spiritual perspective: but from a holistic mental, cognitive, and strategic viewpoint, so every fiber of your being is primed to breathe life into any goal you set your mind to. 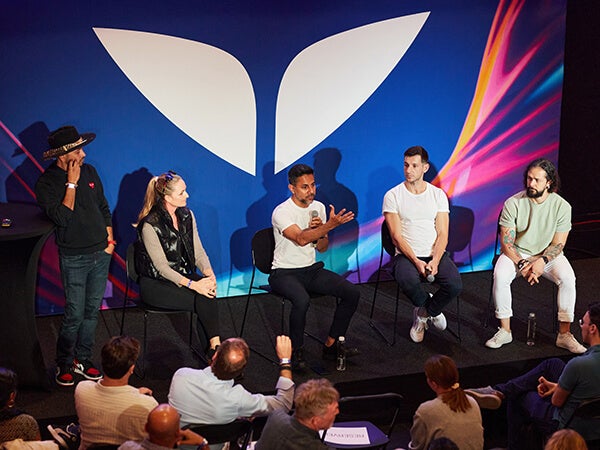 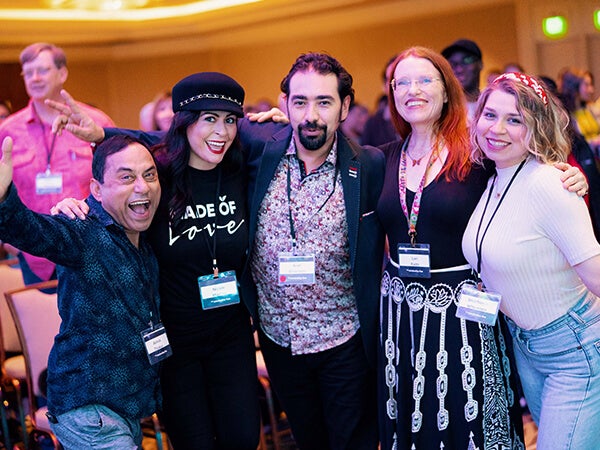 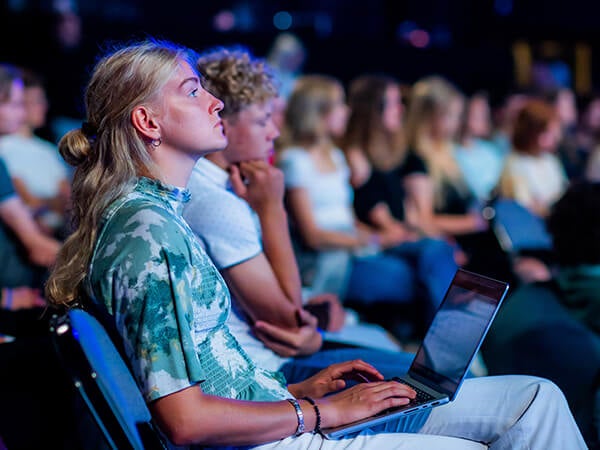 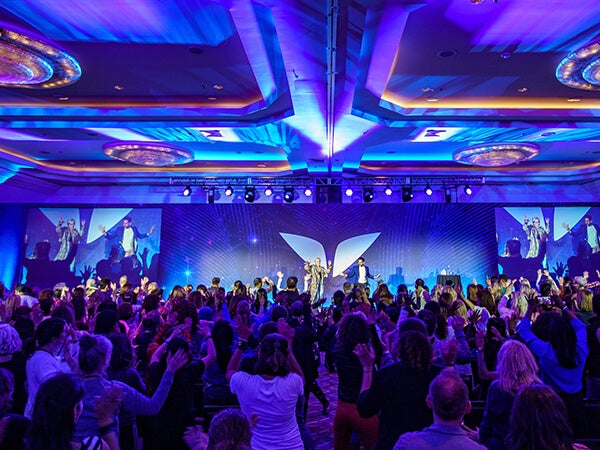 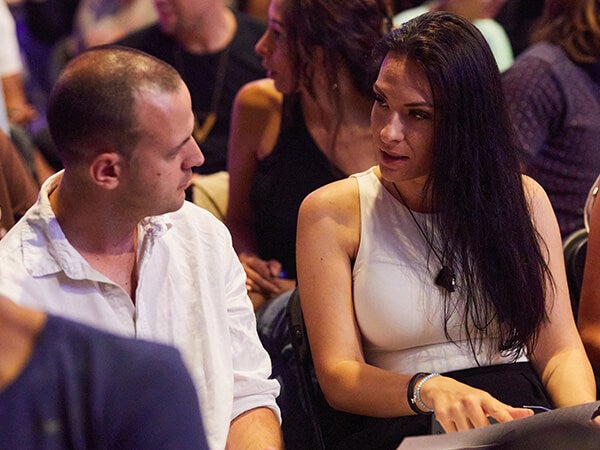 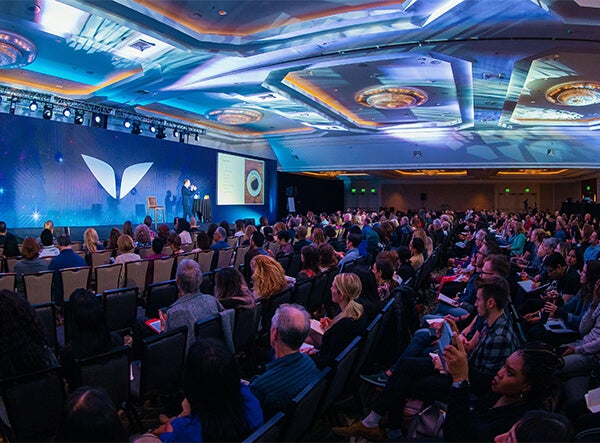 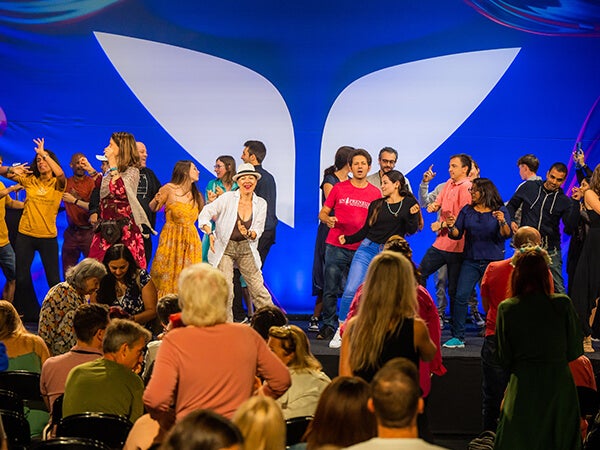 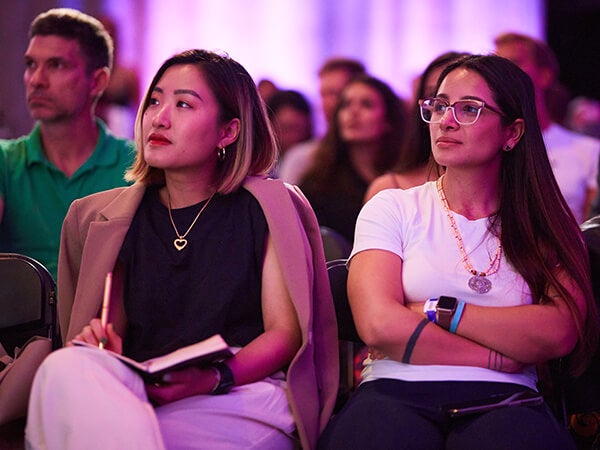 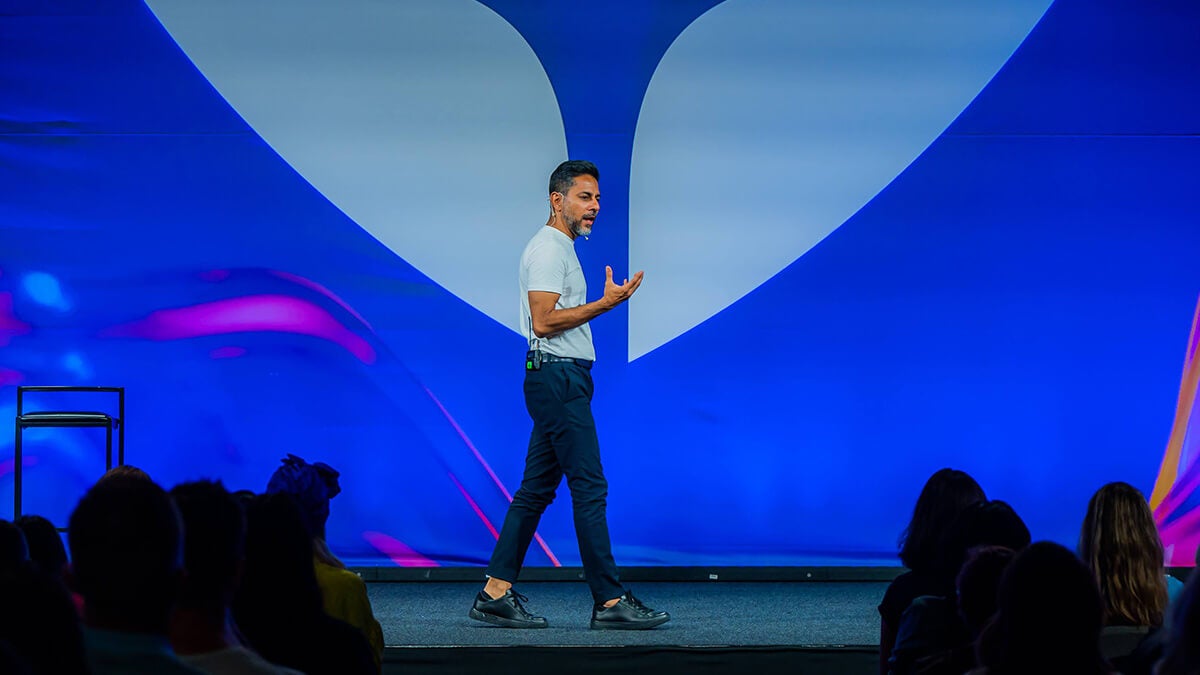 Part 1: The Evolution Of Consciousness 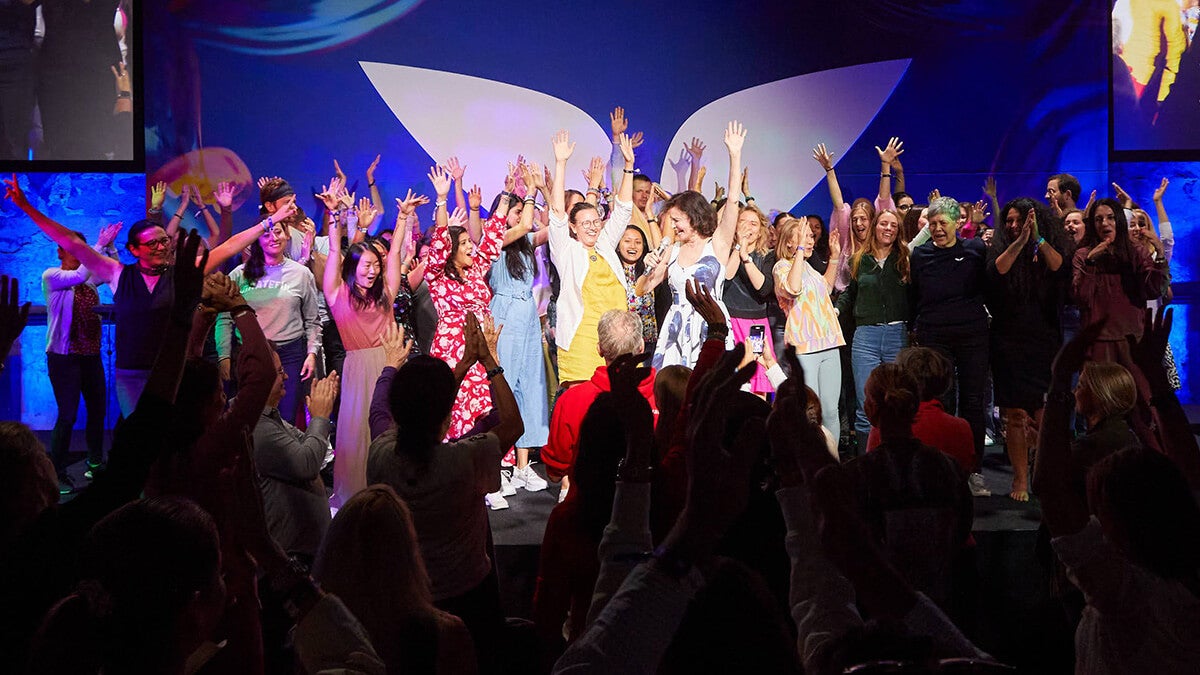 You will understand the framework that puts you in a state of Bending Reality. You will uncover the relationship and key to happiness in the now versus your vision of the future. You’ll learn how to dream big, play big and push your boundaries. You will learn about the state of mind in which you are pulled forward by big goals, yet happy where you are now. You will develop through this a feeling of continuous growth and being “lucky”. 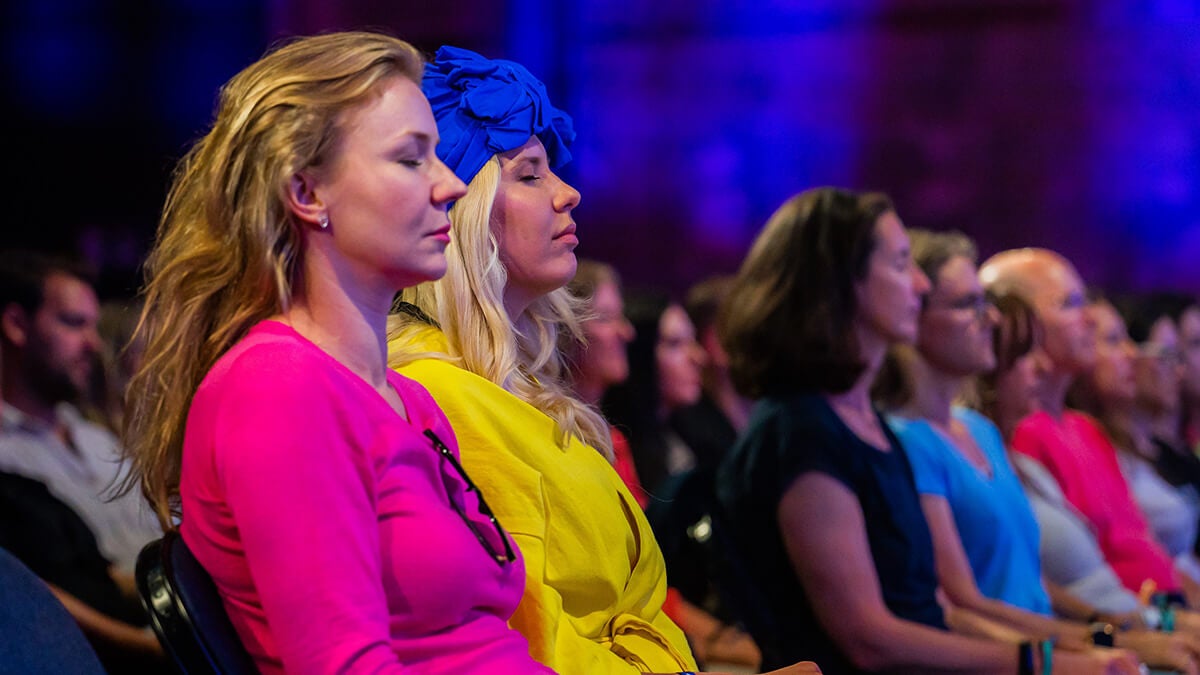 You will go deep into the teachings of this radical way to meditate that will have a profound effect on your life. You will be guided through the The Advanced version of the 6 Phase Meditation to directly experience how powerful it is. Plus get insights into the inner workings and deep brain-rewiring that it achieves. This module covers compassion, gratitude, forgiveness, future dreaming, the perfect day and blessings. 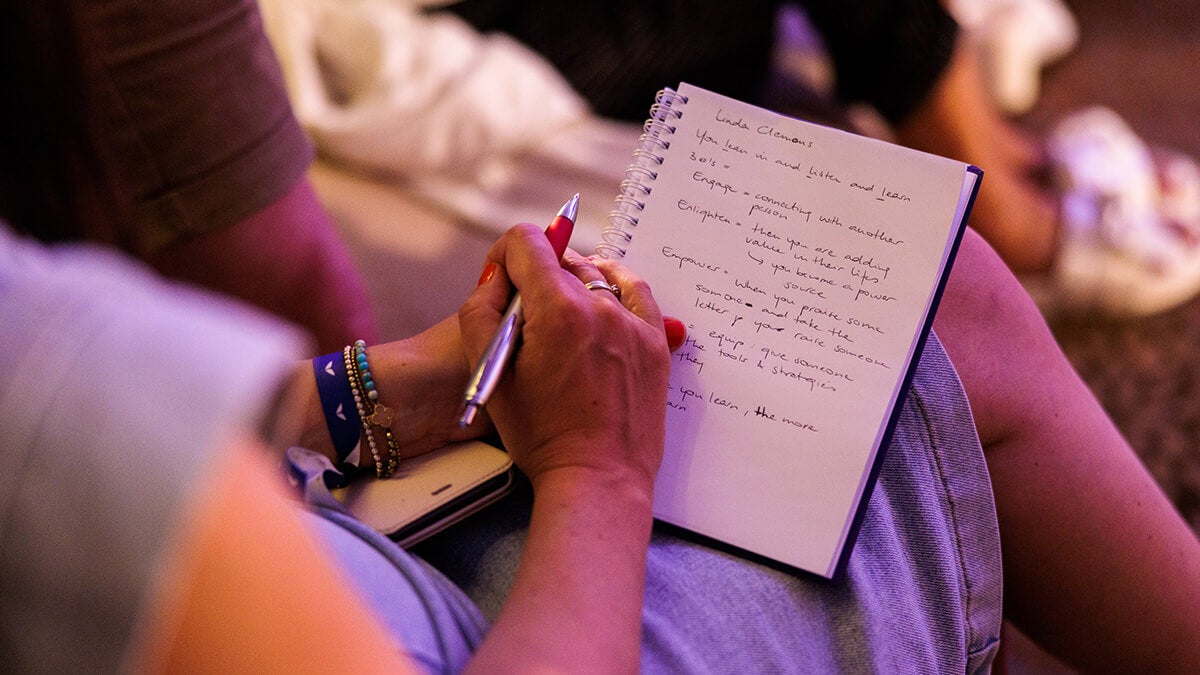 Watch even your biggest goals come true. With traditional methods of goal setting, you can only set a goal as big as you can imagine. When you learn to operate from inspiration, you will achieve and experience things beyond your imagination. It’s as though you’re tapped into a higher power that guides you. You will learn the difference between means versus ends goals and how to focus on the right ones: plus get advanced lifestyle design tools that turn your daily life into a living masterpiece.

Vishen and the 6 Phase Meditation in the press

Stories from the Mindvalley community 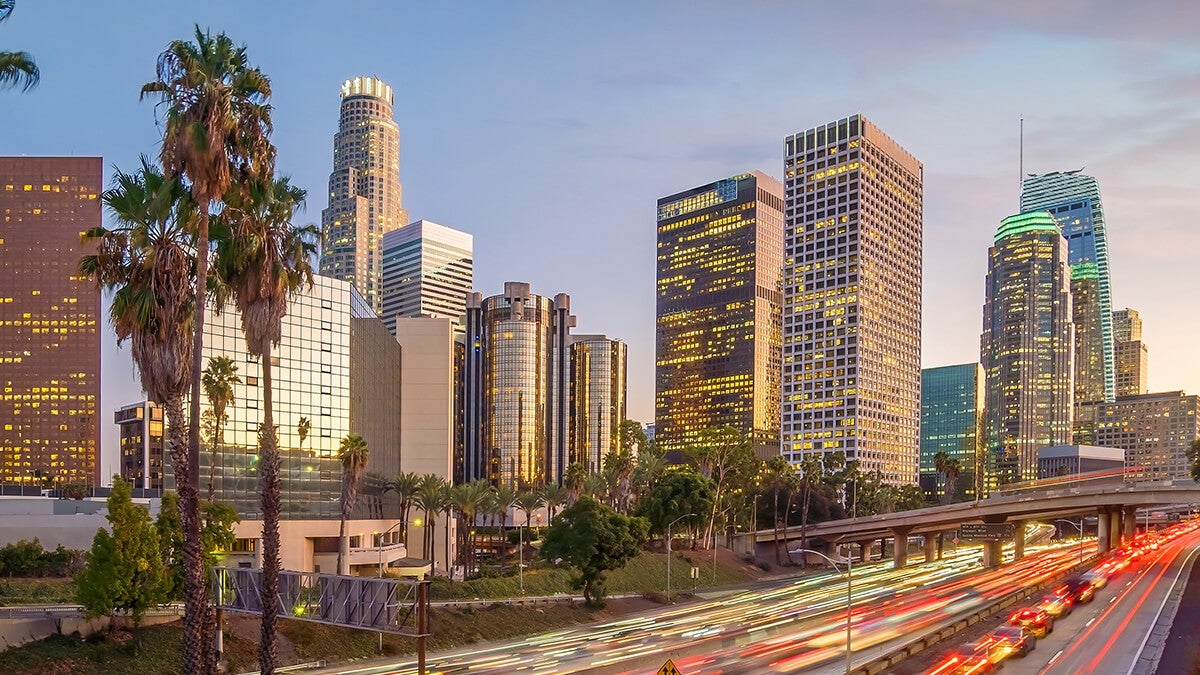 Los Angeles, the city of flowers and sunshine

People say L.A. has perfect weather. Many also say it’s one of the world’s most vibrant cities, with an electrifying mix of art, entertainment, cuisine, culture, and famous people. The event will take place at City Market Social House, a chic urban venue in Downtown Los Angeles.

Full refunds are available up to 10 days before the start date of the event (September 7th 2022). If you need to request a refund, please submit the official form here.

If you have a question about the form or refunds, email us at events@mindvalleysupport.com.

Get your Vishen Live ticket

What is included in the ticket price?

What is NOT included in the ticket price?

I purchased five of Vishen’s latest book, 6 Phase Meditation, how do I get access to the event?

Can I buy the ticket at the door?

What is the refund policy if I can’t attend?

Where can I see the full agenda of the event?

When should I arrive?

What should I bring with me?